Extraordinary Form Mass organizer Alex Begin has been promoting the Latin Mass for almost three decades. Harvard’s youngest graduate in 1982, Alex founded a software company and went on to own and co-own several small businesses. Alex has extensive experience training priests and bishops in how to celebrate the Tridentine Mass and Sacraments. He has traveled the globe to attend conferences on Sacred Liturgy.

Alex also has an avid interest in historic elevators and collecting frequent flyer miles. Among Alex’s favorite Catholic devotions are prayers and acts to win indulgences. Detroit is his native home, but he has committed himself to going anywhere in the world to find and film the best expressions of Catholic heritage.

A Los Angeles-based veteran of film and TV production, James coordinates the myriad details of site, interview, crew, and equipment scheduling that go into a successful shoot. 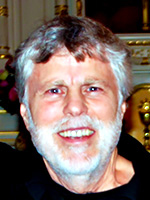 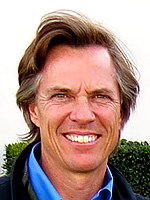 An Emmy-nominated cinematographer, having Jim behind the camera has immeasurably helped to realize our dream of capturing all that is beautiful in the Catholic world. Jim has an intuitive talent to assess a scene and bring out the best elements of the lighting and background that reflect the greater mission and message of the production.

A graduate of USC Film School, Jim has worked on prominent TV shows and in more recent years, he has traveled the world to film documentaries which highlight environmental concerns. Jim filmed the piece ‘Climb up Mount Kilimanjaro’ that was undertaken by the sons of Idi Amin and Julius Nyerere.

An editor of HBO’s Pushing Daisies and the remake of Hawaii Five-O, Andy Charlton brings years of experience with digital editing and titling techniques. Extraordinary Faith is meant to catch the eye and attention of contemporary viewers. Andy strives to create a visual environment that will appeal to viewers who are used to increasingly sophisticated video productions.

The themes for The Price Is Right, ABC World News Tonight, and Monday Night Football surely count as some of the most memorable in all of television. They have one thing in common: Composer Edd Kalehoff. Edd and his team, led by Bill Prickett, have created a catchy library of music to accompany the pace and scene transitions of Extraordinary Faith. Now that video in our age is distributed on TV and on the internet, often concurrently, Kalehoff Productions is turning their attention towards developing music for specialty video productions just like ours.

A creator of a number of visually rich websites, including that for the Sacra Liturgia Conference in Rome, Michael Peterson has been charged with developing a web presence that supports Extraordinary Faith by providing a set of references and resources to help viewers learn more about Catholic tradition. Michael is a devout Catholic who takes pride in using web design for Catholic entities.

Those who keep up with Extraordinary Form developments on the Internet will know that one of the most articulate, enthusiastic, and energetic advocates of the Tridentine Mass is London’s Mary O’Regan. A journalist for England’s Catholic Herald newspaper, she has interviewed members of the Church hierarchy including the head of the Congregation for the Doctrine of the Faith, Archbishop Gerhard Müller and San Francisco’s Archbishop Salvatore Cordileone.

The author of the blog The Path Less Taken, Mary has a fresh and uplifting perspective on the riches and traditions of our Faith. In May 2011, she was invited by the Vatican to take part in the Blogmeet in Rome. Originally from Cork, Ireland, Mary has an extensive set of contacts throughout England, Ireland, and Rome and a commitment to communicating the role Catholic culture and liturgy can play in modern life. Mary’s favorite saints are mainly Franciscans, particularly St. Anthony and Padre Pio. Mary was the catalyst to get Extraordinary Faith started and produced and co-hosted the first two episodes. 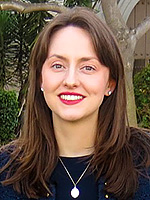